A Sheriff’s Office in South Florida is looking to get their hands on more than $1 million originating from the busted illegal gambling ring. Broward Sheriff Gregory Tony wants the judge to let his office keep the money they found in Yahtzee Game Boxes during an ongoing investigation. However, no one has yet been charged with a crime.

The seized funds normally go to the trust fund. In addition, the Sheriff’s Office distributes some of it to local community programs. Usually, the seizure comes only after criminal charges. However, in this case, four South Florida men have already been informed that they’re the subjects of an investigation by the state prosecutor. The forfeiture petition was filed back in August describing the operation, but it also indicated that the charges are still to come. As of December 23, no charges have been filed yet.

The whole investigation into an illegal gambling ring started way back in 2018. Investigators received an anonymous tip identifying William Cascioli, 59 from Broward as a key figure in the operation. Allegedly, Cascioli organized unlawful gambling, betting, and money laundering activities. The biggest part of the operation was the illegal sports betting which brought organizers hundreds of thousands of dollars on a weekly basis. Reportedly, the organization recruited the local casino employees to work for them. It’s still unclear how many employees were involved in the operation.

Hundreds of Thousands of Dollars Found in Yahtzee Boxes

The major breakthrough in the case came as the detectives followed Cascioli on an unusual and a bit bizarre errand. He would pick someone up from the Fort Lauderdale-Hollywood International Airport. Minutes later, he would drop them off at the departure gate. The petition states that Cascioli would then buy two Yahtzee game boxes and ship them to Califórnia e Texas. This aroused suspicion among the detectives about the contest of the boxes, so the shipments were intercepted. One contained $108,000 and the other $100,000 in cash.

During the continued investigation, detectives discovered a number of text messages detailing illegal bets. The messages also contained information on efforts to process the money through the different bank accounts to hide the source of the funds. While searching the houses of Cascioli and other ring leaders, Martin Zarcadoolas, Todd Schettino, and Harris Steinhart, police recovered more than $1 million worth of assets. This included $1.2 million in cash, 25 gold coins in total worth over $44,000, and 9 poker chips worth $1,000 each. The four suspects have been notified that they’re under investigation. Now, check out a video on Yahtzee Online Slot from Scientific Games 🎲.

The Sherrif’s petition has been approved by the Broward judge in November but that is decision is now under appeal. The defense lawyers also appeal the search of the Zarcadoolas’s house who, at the time, had no knowledge of the investigation. The lawyers for the defense now have until January 14 to present their arguments to the 4th District Court of Appeal. So far the attorneys for Cascioli, Zarcadoolas, Schettino, and Steinhart have not offered any further comments, citing the pending investigation as a reason. Nome do artigo
Sheriff Find Cash From Illegal Gambling Stuffed In Yahtzee Game Boxes?
Descrição
Did you know that the sheriff found money from illegal gambling stuffed inside a Yahtzee game box? That's right. Sheriffs are on to people now, so make sure you aren't doing ANYTHING illegal.
Autor
César Rico
Nome do editor
PlaySlots4RealMoney.com
Logotipo da editora 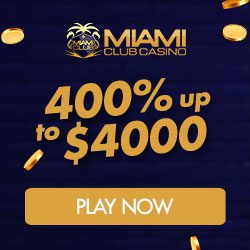